This is a clone of the Hudson Broadcast preamp. The Broadcast is an overdrive with a NOS (“new old stock”) germanium transistor in the second gain stage and with an output transformer which further colourizes the signal. It can be used as a booster or as an overdrive; with a lot of gain, it is more of a fuzz.

The Broadcast is meant to replicate the input stage of old analogue mixing consoles (did anyone say Neve?). These are especially known for their signature sound when the coupling transformers are driven into saturation.

Anyway, I especially like the Broadcast in the low gain area; it thickens up the sound a bit and adds very subtle compression, the overall sound gets a bit smoother. It has a very effective low cut control which can be used to clear up the sound when using more gain or when you need to cut the bass level in front of the guitar amp input. 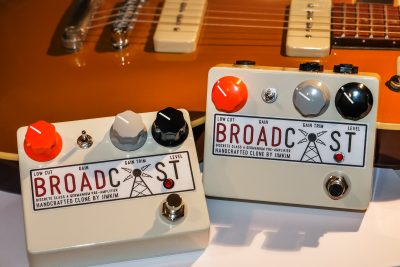 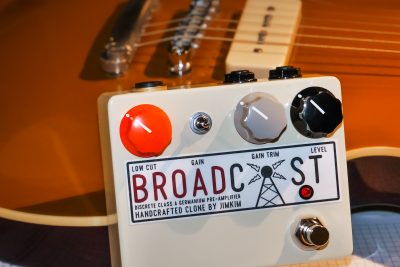 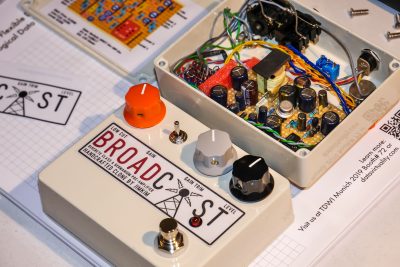 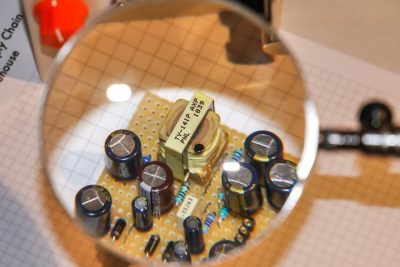 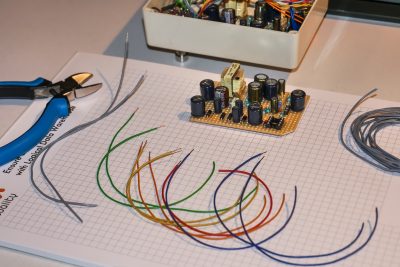 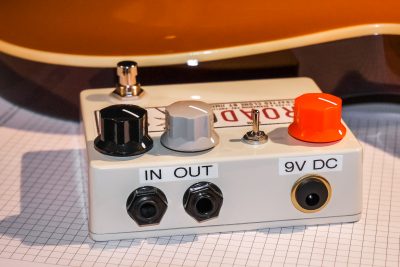