Update! A new guitar project is available: The Arduino MIDI Switch. It is based on the Arduino platform, which is a great starting point for DIY projects with micro controllers. Read more on this page.

I’ve been playing the guitar for many years now. During my early band years I mainly used rack based equipment, 19″ processors and all that stuff. My attitude has changed a bit; I became more and more interested in analogue stomp boxes and analogue signal routing. And once you have to control 4 or 5 stomp boxes plus a 3-channel amp plus your favourite midi-controlled delay, it all becomes a bit complicated. 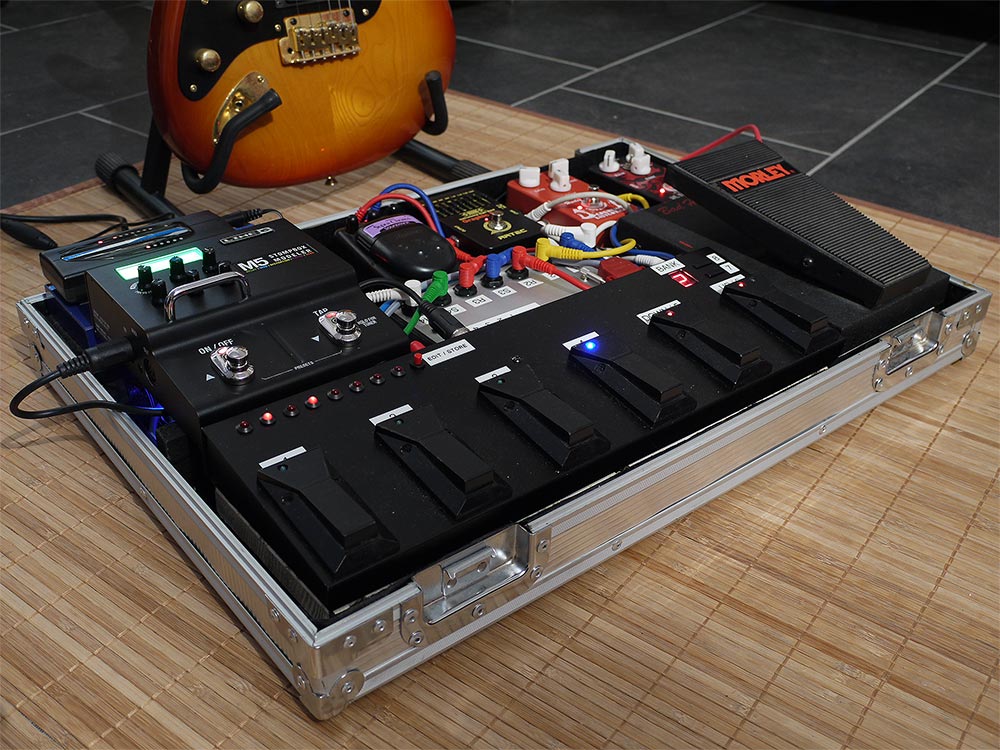 I started developing signal loopers and midi units some years ago. My first circuit was based on a basic micro controller. It worked quite well, but the possibilities of that controller where somewhat limited, and a lot of peripheral components were needed. Then I discovered the PIC microcontroller family, and found that this device was well suited for such kind of projects.

I developed the Midi Switch (MITCH) first, a midi controlled switcher with 4 outputs that can be used for amp channel switching. The second project is the Looper, a unit that can both switch amps/signal loops and send midi program changes to midi devices (e.g. fx processors). Both are relatively easy to build (and cheap), once you get the micro controller programmed. I do not say that’s a difficult task, but it needs some extra work. On the other hand, these projects are highly customizable to your own needs, so this extra work might pay well.

Please note: The PIC-based projects on this pages are not under active development anymore. The schematics, source code and the compiled HEX-files are still available for download. I am actually using the Looper in my live setup, but the mitch is rather outdated concerning software and hardware. For more info go to the MITCH pages.